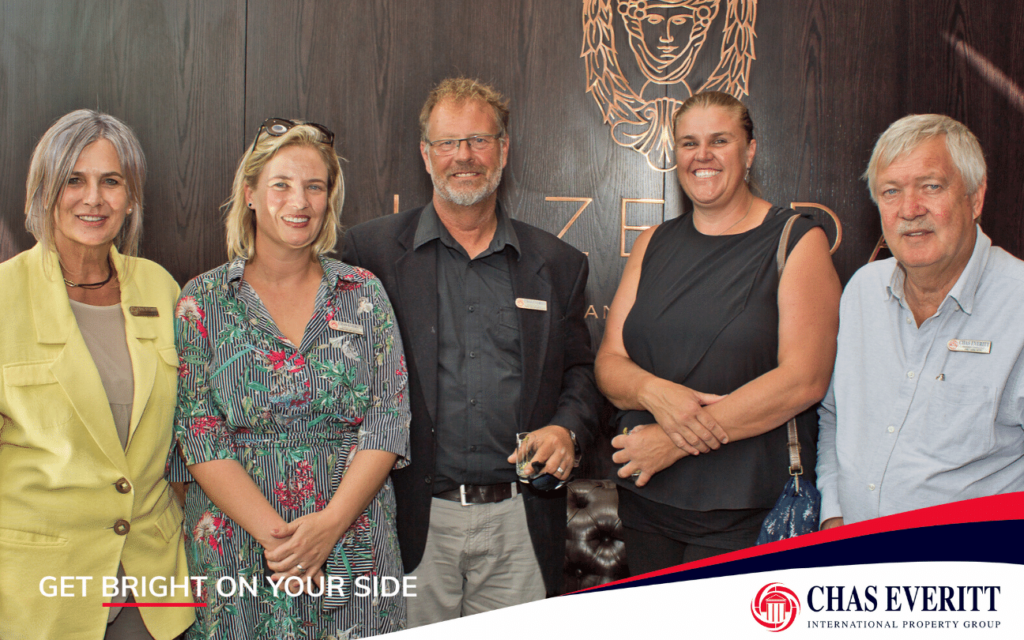 We’re thrilled to say that our Chas Everitt Cape Agulhas team have once again come home with an armful of awards from the group’s bi-annual regional achievement celebration which was held the end of February at the gorgeous Hazendal Wine Estate.
Our principal Strepies van Wyk was honoured as the Top Listing Agent in the whole Western Cape region during the second half of the financial year and won silver and gold sales awards for the third and fourth quarters of the year respectively.

Top sales agent Sarina van der Westhuizen won silver and bronze awards for her third and fourth quarter performances.
She and Strepies were both honoured as outstanding achievers in the commission category and to round things off nicely, Piet van Wyk and Grant van der Westhuizen both achieved bronze awards for their third and fourth-quarter sales.

Our agents Strepies, Piet, Sarina and Grant were all named as Master Agents based on their career sales. You are in good hands with Chas Everitt Cape Agulhas Team.